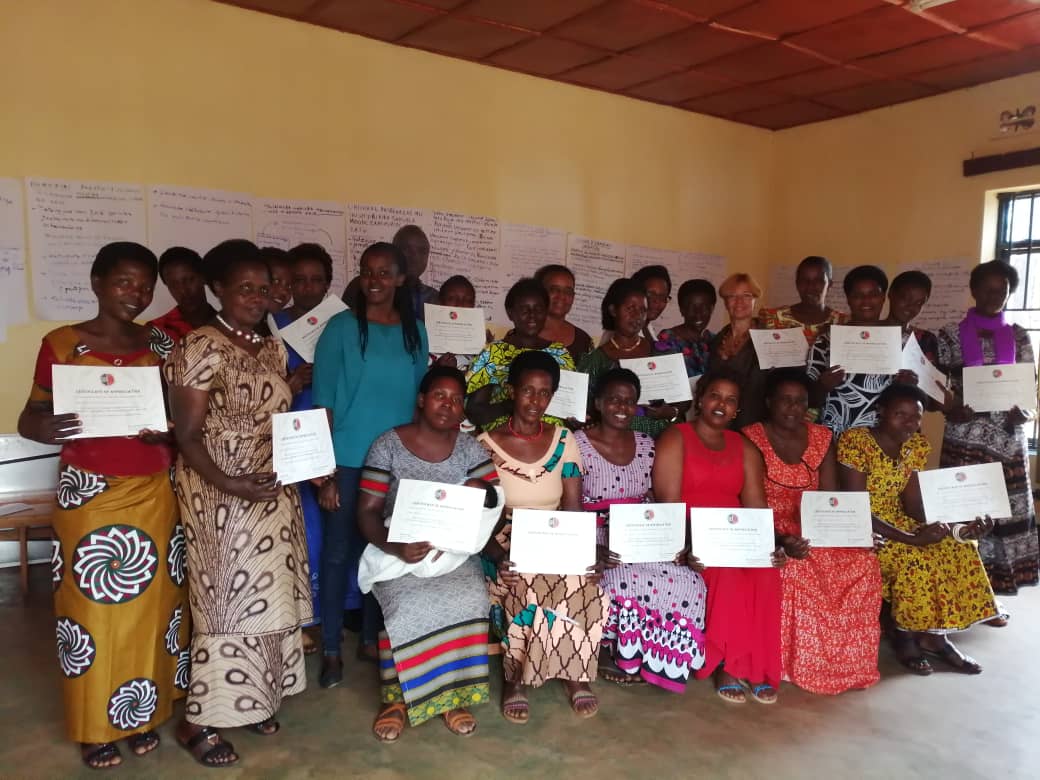 In Rwanda, only 1 in 5 parents are engaged in activities that support early learning at home, such as reading or playing games with their child and more than half of young children are left home alone during the day or in the care of an older sibling. In order to address multiple risks that prevent children from developing their full physical, sensory-motor, cognitive-language, and social emotional potentials with also a long term vision of human capital development, the Government of Rwanda developed the national ECD policy, which was adopted by the cabinet in September 2011 and was revised in 2016 to bridge the unresolved gaps including the consideration of a critical development milestone (0-3 years) which pay attention on parenting education as well. As policy implementation framework, the National ECD program was establish to oversee the coordination of ECD interventions across the country and provide guidance.

In the existing partnership between the district and partnership Rhineland-Palatinate/Rwanda, was organized this project of parents involvement and capacity building on ECD. This capacity building and parents involvement was conducted in form of intensive training on ECD program in Rwanda, followed by community field visits to provide further technical support on the translation of the theory in to the practice at the community level. This piece of work resulted in development of parents/caregivers training manual on ECD and an increased knowledge and understanding of the ECD services in the critical development period, from the conception until the child is aged 3 years old.

The aim of the project in cooperation with the partnership association is the training and empowerment of 20 women from the Kirehe sector, who will later become involved as mediators in their respective cells in order to create ECD centers. The seminar was divided into two phases: On the one hand, the women learned what is important in development at an early age and how the ECD guidelines of the state can be implemented. It was not only about imparting theoretical knowledge, but also about learning from each other and discussing new ways of implementation. In the second phase, the aim was to use the knowledge gained from training to create care measures in their home communities, as well as to sensitise other parents and community leaders to the problem.

Topics included the basics of child development. The participants learned which environmental factors influence children and how to use development milestones to detect impairments in the early childhood. In addition, the national ECD policy was explained and the minimum standards for ECD services were discussed. These are particularly problematic in practical implementation, as they are not feasible in many areas. In addition, social issues such as gender equality in education and inclusion were discussed.

The next step for women was to implement what they had learned in their communities. However, this was not so easy. In order to be supported also in this step, the women were visited by the seminar leaders and received advice.

Implementation in the communities:

In summary, it can be said that both parents and community leaders have become more aware of the importance of early support for children through appropriate care. Despite the great commitment, only a few projects could be implemented. The main problem is to find suitable buildings with the required ECD minimum standards - for example with regard to access to water or the safety of children. These standards are scarce in many rural areas. The women and the committed were encouraged to continue their commitment to the topic despite the lack of infrastructure and to pass on what they had learnt in their communities in order to reach more parents.

The partnership association was the main partner of the Kirehe sector in the project. In addition to helping with the training, it has also helped for the construction of a model ECD centre in Nyabikokora.

The project is a success. The awareness for an age-appropriate care and a good contact with children could be sharpened. So the first step has been taken. However, many more steps and a comprehensive cooperation between the different levels of government and the parents are still needed so that the knowledge about early childhood education can spread across all social classes and, above all, so that the theory - the ECD policy laid down by the state - can be implemented in everyday life.

For more information you can read the final report of the ECD project in Kirehe.